This article was first published in Street Roots newspaper on 11/3/16.

The main street of downtown Nogales, Arizona ends abruptly in a steel wall towering 20 feet above the colorful junk shops cluttering Morley Avenue. Historically, Nogales straddled the international border. Today, the town is bisected by one of the
most militarized borders in the world.

I bought a strawberry popsicle from a vendor on the Mexican side, passing a dollar bill through a gap between the thick vertical columns. As far as I could see in either direction, the wall stretched up and over dry hills. A white US Border Patrol truck was perched on a hill above us.

It was quiet now, but the first time I’d stood in this spot, several years ago, I’d watched a pair of men hurriedly toss their small backpacks over, help each other climb across the top, and almost immediately get chased down and arrested on the US side by a waiting Border Patrol unit.

About one-third of the 2,000 mile border line between the US and Mexico is actually fenced like Nogales. For the remainder, the Department of Homeland Security relies on patrolling natural geographic barriers such as the Rio Grande, mountain ranges, and the 100,000 square mile Sonoran desert in order to deter migrant crossing attempts.

Rhetoric around building a wall is a convenient way to avoid the need to engage in complicated discussions of comprehensive immigration reforms or addressing the root causes of forced migration. We understand the stark “us” vs. “them” that a militarized border emphasizes. We probably don’t understand as well how US-led trade agreements undermined rural economies, the desperation to reunify families split by deportation, or the very real threats of death and violence by cartels against innocents in Mexico and Central America.

Over dinner chicken and tortillas in an aid station for migrants run by Jesuits through the Kino Border Initiative, a binational migrant advocacy organization, I listened to a Honduran woman my age traveling with her 9 year old daughter tearfully describe their journey so far. The violence at home was too much. They’d been traveling for a month and a half, often on the top of freight trains called “el tren de los muertes” or “the death train” and had endured assaults that made her question if she’d made the right decision to pursue asylum in the US. The following morning, the pair would leave a crowded staging house with a coyote, or hired human smuggler, to begin the journey on foot across the desert. “Your mother is the strongest woman in the world.” I told ‘Rosalba’ her daughter. Rosalba was more interested in the box of crayons she’d just received. 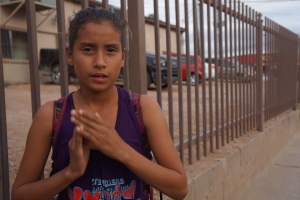 She wanted to be a women’s doctor in the United States and was excited to learn English and to have American friends. As I write this, she is probably walking through some inhospitable stretch of the Sonoran desert with the crayons, along with everything else she owns, in her tiny backpack.

Between 1998 and 2015, nearly 6,500 migrant deaths have been confirmed along the US-Mexico border, with the highest numbers of deaths consistently reported in the Tucson sector (US Border Patrol). The official strategy of “Prevention Through Deterrence” rather than stopping migration flows, has pushed people who are desperate to cross through more and more remote, deadly stretches of the desert.

“Death by Deterrence” is the critical label human rights groups have assigned to the Border Patrol policy.

“As long as you say it’s for national security, you can justify anything.” Says Father Peter Neeley, a charismatic Jesuit who has seen forced migration up close for the past 30 years working between war-torn El Salvador and with the Kino Border Initiative. “Otherwise, you’re seen as being ‘soft on terrorism.’

History repeats itself. We just change the ‘isms.’” Neeley, a former college soccer star, wears a cowboy hat and a big white beard. He’s quick to laugh, quick to curse, and is obviously a well-known and respected figure here. My tour started with tagging along in his truck to run a few errands near KBI’s Nogales, Arizona office before passing unchecked into Mexico. El Comedor serves meals and provides first aid and basic services to several dozen recently deported immigrants and people arriving from Central America per day. The aid center is just a few blocks away from where a rusted iron cattle chute deposits “repatriated” migrants through a one-way turnstile into a Mexican neighborhood dominated by predatory cartel activity. We were standing on the dusty sidewalk in front of El Comedor after supervising Rosalba, her mother, and several other people who had just finished dinner walk the dangerous dozen or so yards between the center and a waiting bus. Kidnapping, “sequestro” of vulnerable migrants for ransom in this area is common. It’s just one of the many dangers faced on the journey towards the goal of working a low-wage job in the United States.

With the privilege of a US passport, I breezed back through the border crossing and another Border Patrol checkpoint further north on my way back to Tucson. I’m here on la frontera because I want to better understand the complicated issues around forced migration. And because I believe that humans shouldn’t be dying in the desert, I’ll spend the next month as a volunteer doing desert aid with the humanitarian group “No More Deaths.” 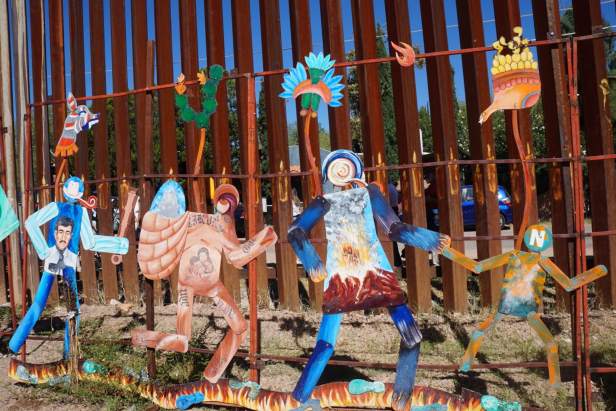