Sometimes, after another goodbye or a big decision to leave town again, I’m stopped by a cold feeling in my gut. The first few times it happened, I didn’t know what it was. I didn’t quite have a word for that empty ache that wrenched my stomach into an icy question mark.

Instead of examining that emotion, I’d subconsciously reach for the instant dopamine rush in my iPhone. I hid that strange, raw, empty feeling with notifications and texts that gave me the illusion of connection.

Sometimes, I think that my brain insulates itself from pain by skimming over those feelings that I’m more comfortable avoiding.

One recent sunny afternoon I said goodbye to a close friend who I won’t see again until I return sometime in late summer. I’ll be a different person by then, and he probably will be too. I knew that we were saying a bigger goodbye than we let on in the moment, but I didn’t let myself fully realize that until the door was safely shut behind him and I was alone.

I slumped on the basement couch and let this newly named feeling wash over me. I didn’t reach for my iPhone. I just sat there in the lonesome and wondered again why I do this to myself.

There’s a fulfilling rush in vagabonding as I have been for the past 20 months, but there are also these crushing moments of lonesomeness. The world I know keeps spinning along happily without me, and each time I step off, I feel myself getting further away from it’s cozy gravity.

I’m noticing crows feet starting to gather at the corner of my eyes, friends pairing off into beautiful partnerships, pursuing masters degrees, and leaning a bit more intentionally into their communities and families.

Instead, I’m glancing at these new wrinkles in dozens of different mirrors, in different countries, alone, and mailing in my regrets to friends’ weddings that I’ll be abroad for. I can’t lean into a community of friends when I’ve elected to be a vagabond. I’m hanging onto the outer rung of every crew I’m ever part of, and choosing to spin away from any romantic relationship that threatens to pull me into the fold.

It’s lonely out here, I’ve realized, now that I have a word for it. Sometimes that loneliness is a heavy, cold cloud that pushes you down into the basement couch and forces you to question why you’re always unpacking and repacking and saying goodbye. 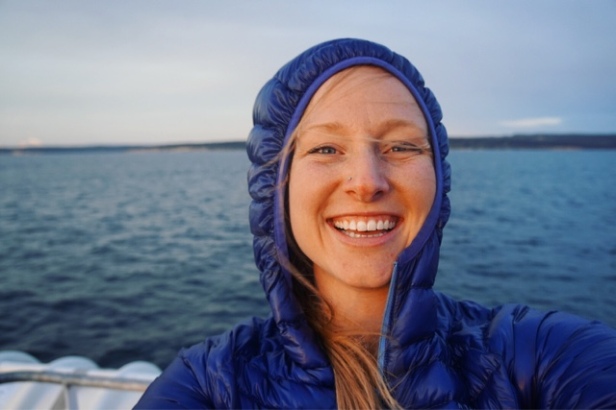 Logically, I know that I’m growing in these moments of being alone. I make friends and forge new connections easily, and I’ve learned more about myself and the world than I imagined possible two years ago. I’ve blown away by all of the amazing people I’ve met out here, and how much each of them has given me.

Logically, I know that I’ve got an amazingly supportive, loving, and hilarious family. Distance has got nothing on us Sinskys/McCarthys. And I’m lucky to have close friends who hug my stressed out bones, call me out when I deserve it, and assure me that I’m not ever as far away as I think I am.

Logically, I know that a solid romantic partnership will happen when I’ve put my own work in, and am good and ready to share my awesomeness with another great human. I joke about it, but I’ve never actually been worried about ‘dying alone.’

When I left my Portland life initially nearly two years ago, I blogged about how I resonated with the great sage Winnie the Pooh, who supposedly said “How lucky am I to have something that makes saying goodbye so hard.”  Ugh. That sentiment is still so true for me. However, I’ve got a one-way ticket booked to Athens at the end of the month, so I’m definitely continuing on this vagabonding lifestyle a bit longer.

Departure, whether I’m leaving Alaska, Lesvos, San Diego, or Portland, really never gets any easier. There are too many wonderful people to say goodbye to everywhere I go.