Skip to content
Date: February 15, 2015Author: Colleen Sinsky
It’s amazing how much can happen between blog posts. I’ve simultaneously been bitten badly by the travel bug, and accepted an opportunity to return to Portland next week to fill in at my old position at JOIN temporarily. On one hand, the timing is awful. I couldn’t be happier in South America, and traveling solo has been the most empowering experience of my life. On the other, I haven’t stopped talking about JOIN to anyone who will listen since I left. I’m really looking forward to getting back into the work and the comfortable patterns of my old life. Working for a few months will let me replenish my dwindling bank account, defer grad school for a year, and travel longer than I’d initially planned. My flight back to San Diego is booked for a few days from now, and from there my car full of stuff and I will drive back north to Portland until May. For now, I’m trying to be present to Ecuador and get the most out of my little time left. It’s Carnival season, and the streets are full of energy and little kids throwing water and spraying each other and unsuspecting tourists with foam. 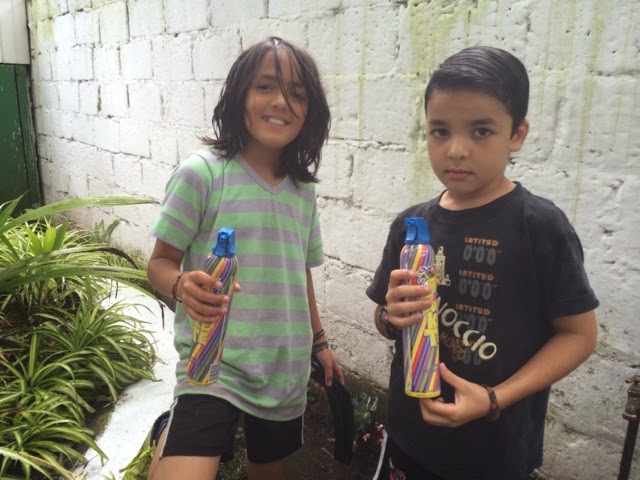 After leaving the coast, I went to Cotopaxi National Park. I stayed in a lovely, retreat-esque hostel called Secret Garden Cotopaxi. 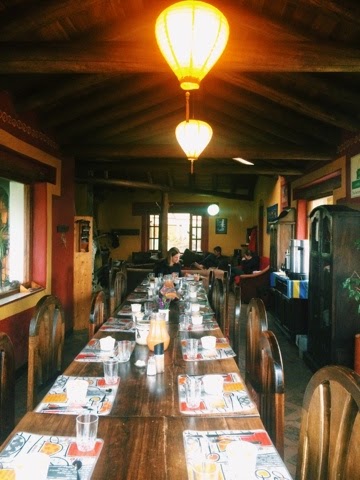 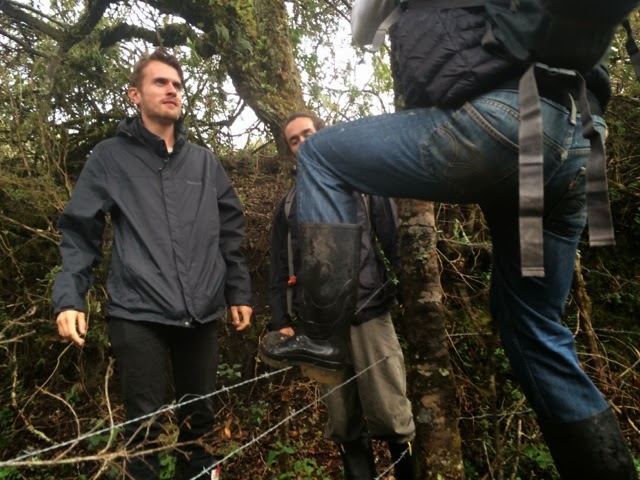 (Barbed wire is no match for us!) 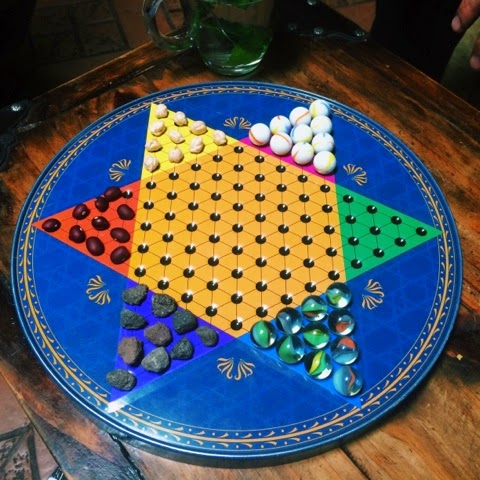 (Marbles vs rocks vs corn kernels vs beans.)

Our shuttle from Quito drove two hours in the rain, largely on cobbled streets through a beautiful countryside. We were greeted by hot mulled wine around the fire, and spent the afternoon and evening cozily reading and playing Chinese checkers. There was no wifi for miles, so the dozen or so of us backpackers got to know each other well, and explore the Cotopaxi area together. The dorm rooms lacked electricity but each had wood burning stoves and the beds had down comforters. I slept better there than I have in a long time. At night we had Chilean wine in the jacuzzi and stayed up too late talking and learning about each other’s countries. It’s really good for me to get a more objective look at global issues and different cultures. I really value these “zoomed out” conversations that challenge ideas that I’ve only ever experienced from an American viewpoint. A group of us hiked to the glacier on Cotopaxi, and endured a wet and cold mountain bike ride down the mountain. I struggled with having to leave Cotopaxi! 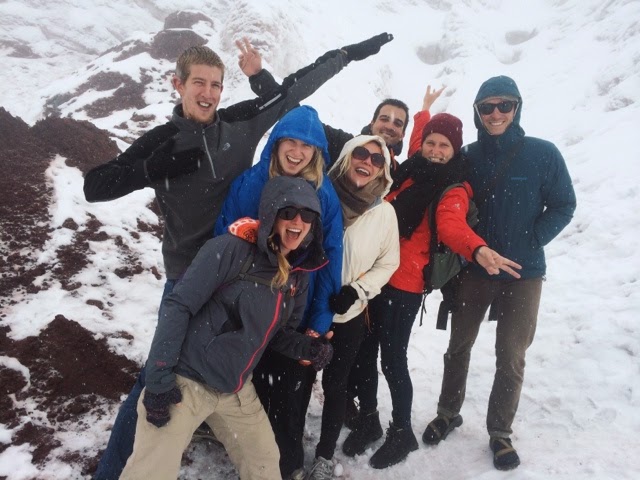 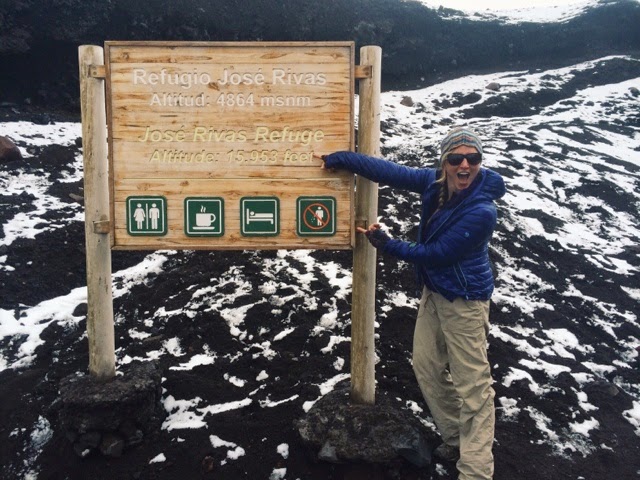 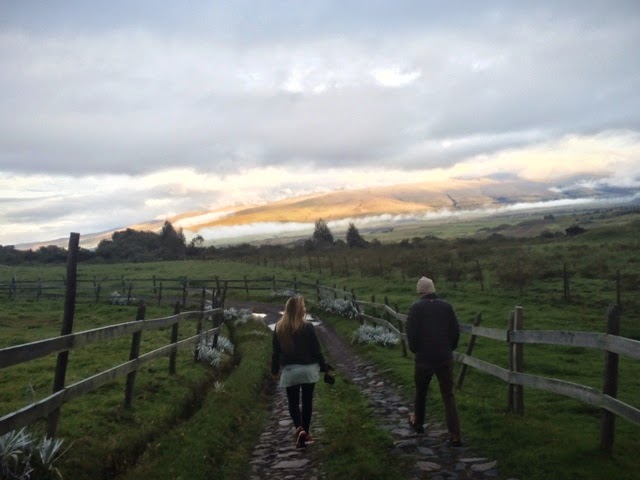 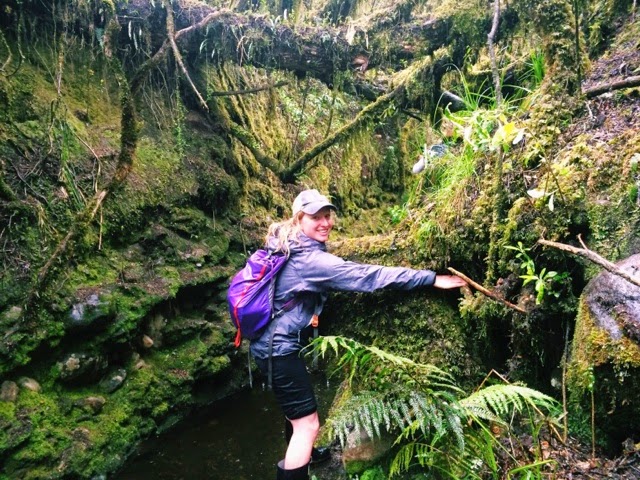 (Waterfall “hike”)
Next, a Coloradan travel buddy, Jack, and I went south to the city of Latacunga, which itself was surprisingly pleasant but unremarkable. It’s the jumping-off point for a variety of mountain-based adventures, or in our case, Quilatoa Lake. At an elevation of almost 4,000 meters, the volcanic-crater lake rimmed by jagged peaks is stunning. 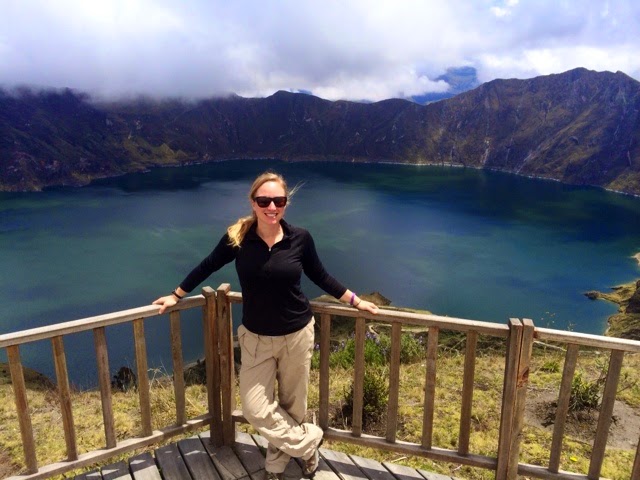 Locals believe that it has no bottom, and I can see why. We hiked down 400 meters to the water’s edge and paid $10 to take horses back up. (I wish that was an option more often when hiking!) I bought a traditional Tigua painting and woven tapestry to decorate the imaginary house I will someday own. 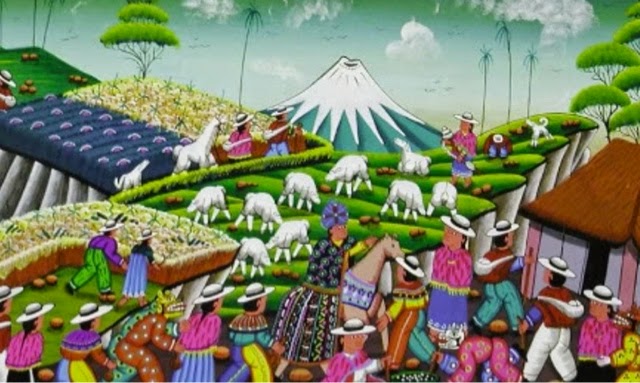 I resisted the urge to photograph the indigenous, Kichwa-speaking locals, and left Jack at Quilatoa to continue south. 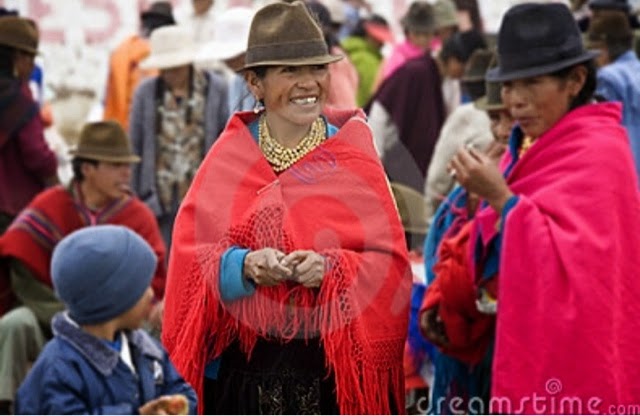 (Photo stolen from the interwebs because I feel weird photographing strangers.)
I missed the last bus out of tiny Quilatoa, so I followed the example of a local family and hitched a ride in a pickup truck. I slung my backpack into the bed and sat up front squished against the wife of the truck owner. She spoke more Kichwa than Spanish but amicably asked me, “Are you traveling alone without company? Where is your husband?” Like every other solo traveling gal, I get this question a lot, and my answer depends on who’s asking. In her case, I laughed and said “No necesito compania y no necesito un esposo!” which she loved. If she was one of the many too-forward dudes who approach me on the bus, beach, or on the street, my answer would have been. “Yeah, I have a husband, he’s working at home/waiting for me at the hotel/etc. BUT WHY IS THAT IMPORTANT IF I HAVE A HUSBAND OR NOT.”  I get so frustrated by “estas soltera o casada?” (“you single or married?”) always being either the first or second question I get asked by dudes. They never really have an answer to why that’s important, and me being visibly pissed, plus that question, plus getting up to leave, plus occasionally saying “No quiero hablar contigo” (“I don’t want to talk to you.) I haven’t really had any problems besides being annoyed. In general, I’m morally opposed to using the “I have a boyfriend” excuse because I shouldn’t have to “belong” to one guy just to avoid getting harassed by another. But here, it’s tougher, so I do it. (Though a surprising number of guys say “So what? He’s in the States, this is Ecuador.” And I can’t help but get offended on behalf of my imaginary boyfriend/husband.) Last night leaving a bar, some guy actually grabbed my arm to pull me towards his group of friends and I whipped around and said “WHY DO YOU THINK THAT’S OKAY?” After a few drinks, and with my crew of friends nearby, I had enough dumb confidence to be ready to throw down. Yeah, I find a lot of South American men inappropriate and disrespectful towards me, and being blonde here kind of sucks, but I don’t know that the culture here towards women is that different, or that we just hide it better up north. 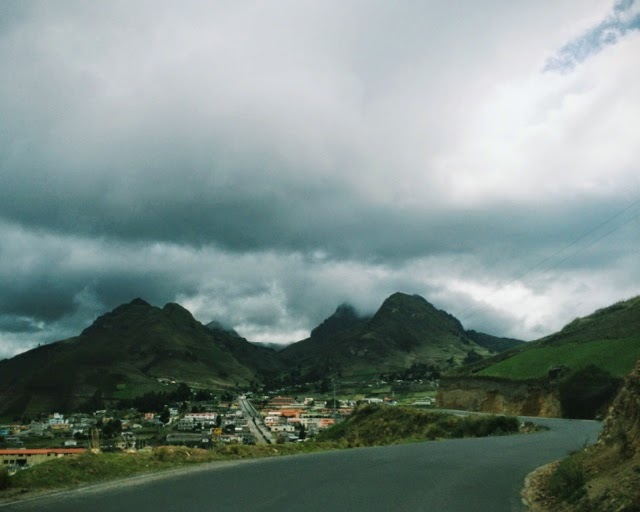 That paragraph sounded more negative than I intended. Guys being forward is low on my list of concerns. Traveling sola is giving me more self-confidence and letting me grow in many ways. Having the time to journal, or to sit quietly on a bench and watch a foreign world go by is such a gift. I love it, and could actually use more solo time. I’ve met so many people, and hanging out with other travelers is almost a constant. It’s nice to hear someone yell “Colleen!!” across a park when I didn’t realize that I knew anyone in town.
I’m currently in Banos, adventure capital of the country. Next blog post will be about the ridiculousness of Carnival. At the moment I’m taking a break, hiding out in my hostel from the foam wars on the streets 🙂 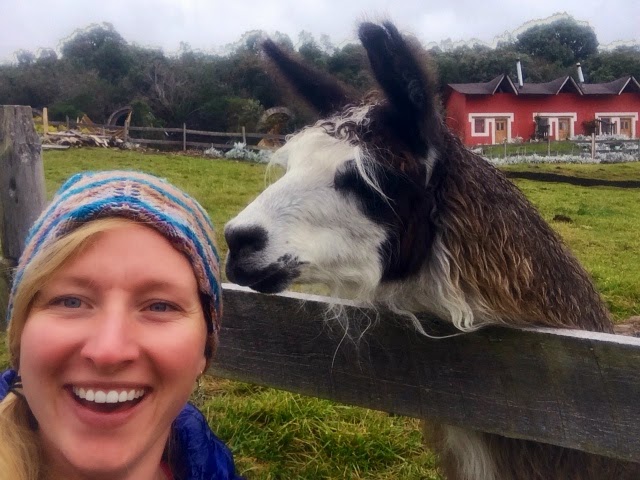 (This fuzzy creature was outside my dorm room every morning in Cotopaxi.)