I feel like the only constant I’ve had in the past six months has been this recurring realization of ‘holy crap, how did I get here?’ All of a sudden, I’m drinking a beer in the snow in Flagstaff, I’m dancing at a Hindu holy festival in Nepal, I’m watching Emily’s Academic League match at the local high school, I’m sitting in my car alone at the edge of Las Vegas’ neon glow, too pissed off to drive, I’m on a broken train in Santa Barbara en route to a Christmas party, I’m in a cave in Idaho, I’m in Ecuador climbing a rickety iron staircase to the top of a Gothic church steeple. 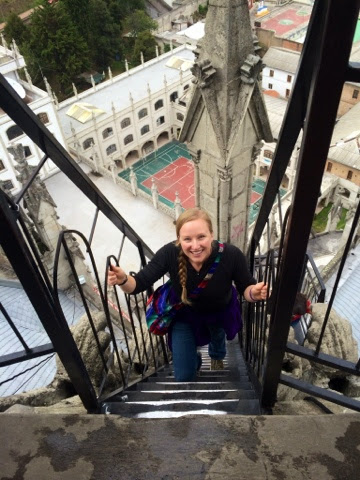 It’s been a weird collection of meta-realizations, strung together by what feels in hindsight like unconscious decision-making. Someday I’ll have a few glasses of wine and try to write a poem about it. But anyways, I left my job, got rid of my stuff, and two seconds later I’m eating arroz con pollo y plantains in a cute guest house in Ecuador with a cute cat named Gato Samuel asleep by my feet. 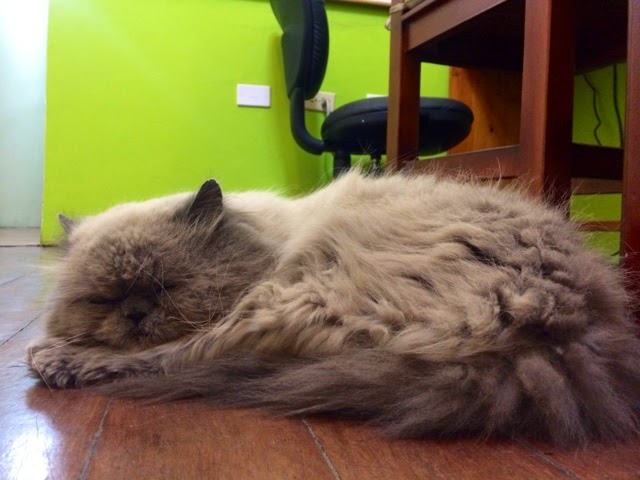 Ecuador is already stealing my heart. I thought I’d quickly bounce off of Quito in favor of safer, smaller cities, but this place has a bustling, colorful, friendliness I wasn’t expecting in a large capitol. I think a lot of it has to do with where I am staying. Posada Tambuco is this wonderful little guest house that feels more like a homestay. Each morning, Yolanda, who co-owns the place with her husband greets me with “Buenos dias, mi amor!” and I spend an hour reading, eating breakfast, and enjoying the Salsa music in the sunny kitchen. 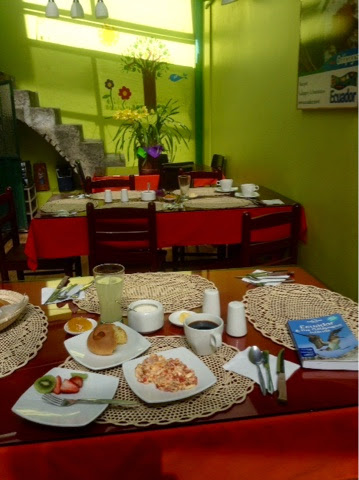 Carlitos is a few years older than me and helps run the place with his parents. We speak Spanglish, and he helps me navigate the city, especially by darkening the parts of the Quito map where it’s not safe for me to go. Safety, of course, is a constant concern of mine. I’ve never been so aware of being so blonde and so solo, but I’m taking every precaution without living in fear and everything has been great. I had been thinking about taking the fast and direct night bus to the coast tonight, then I was told that the bus “goes fast so that it doesn’t get robbed.” so I opted to spend another night at Posada Tambuco and leave in the morning instead. 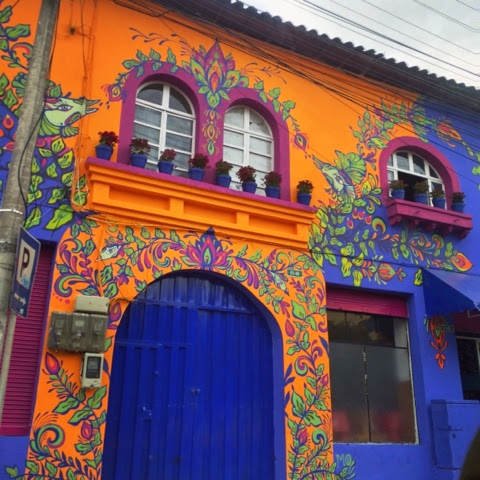 I’ve been speaking a lot of Spanish. (Though to be real, that really should say “I’ve been enthusiastically butchering a beautiful language with no regard to verb tenses, sentence structure or most vocabulary.”) 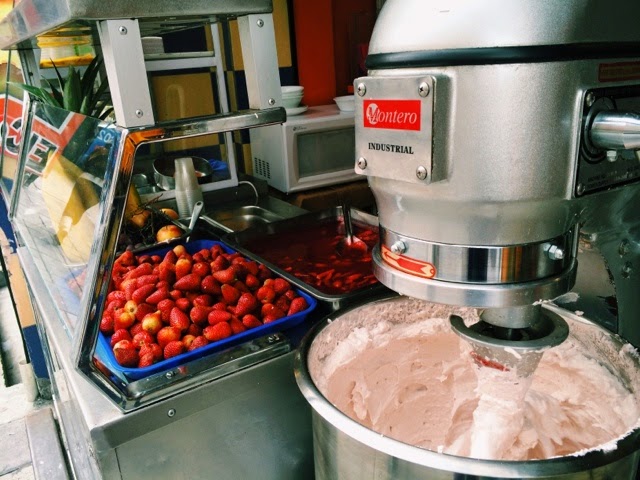 Yesterday, my first day here, I spent a few hours walking around Old Town, exploring churches, cathedrals and museums. The streets are cobbled and clean, the Ecuadorian flag flutters off of most balconies, and the colorfully restored colonial architecture is a photogenic backdrop Ecuadorians bustling about their daily business. Indigenous women with babies slung around their backs sell gum, lottery tickets, cheap toys and ice cream. Groups of older men in black leather jackets sit on marble benches smoking and laughing. Everywhere there are teenagers taking selfies, slyly holding hands and giggling in large groups. 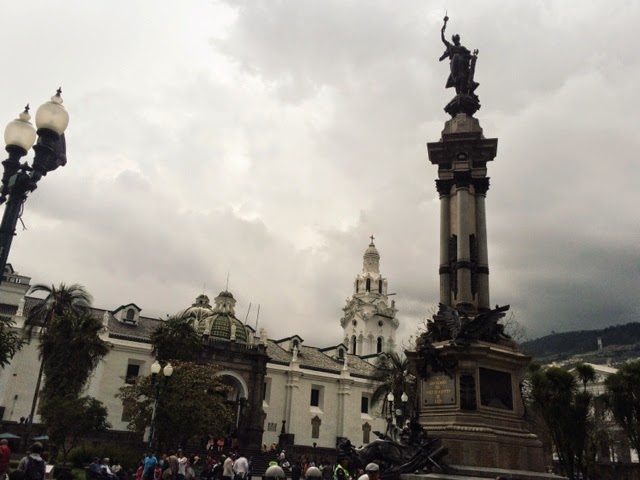 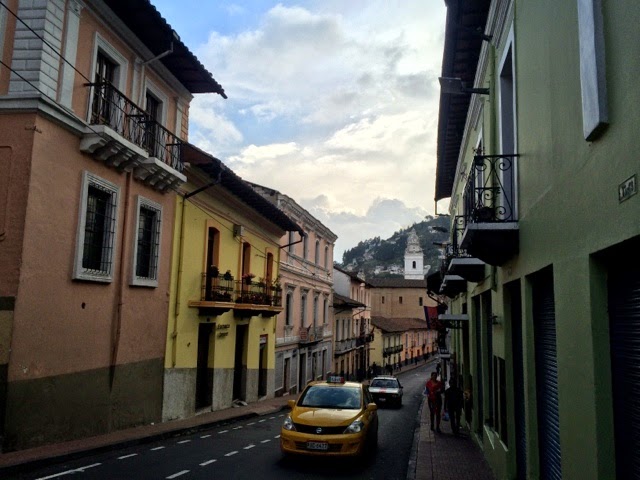 I leaned against a stone pillar outside and watched all of the sunny commotion for a while before ducking inside to the cool, dark, incensed air of a historic church. I love sitting in the last pew of these huge stone buildings, recognizing the saints of my childhood in the ornate stained glass windows and watching Catholics of all ages stop in to light a votive intention candle and say a quick kneeling prayer. Ecuador is 96% Roman Catholic and I’m not at all surprised by that overwhelming majority. Still though, the ratio of Quitenos (that ‘n’ has a ~ but I don’t know how to type that) to churches in Old Town was amazing. 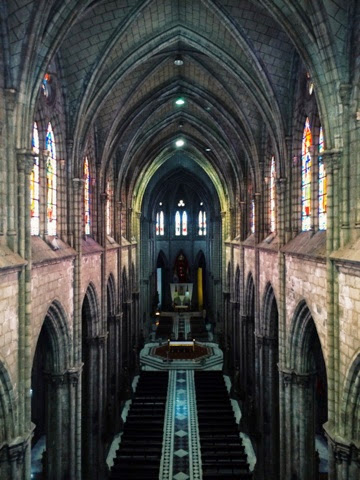 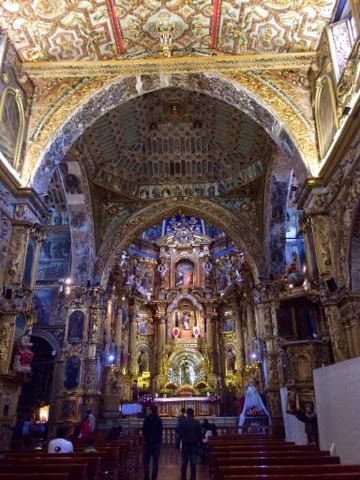 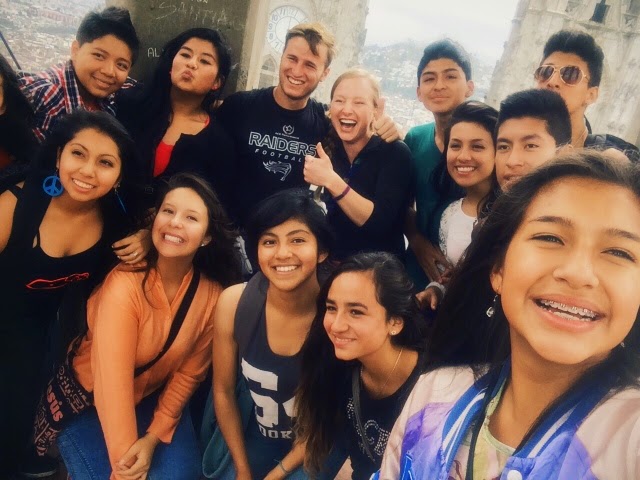 It’s funny how when you travel, so many situations sound like the the set up to a cheesy joke. “So this American, a Canadian, an Austrian and a German walk into a bar….” (that was last night.) Today, that same group of us took a series of buses to visit the equator! Yeah, I stopped over for a visit to the Northern Hemisphere, no big deal. On one hand, it was a cheesy photo op. On the other hand, that is effing incredible! El Mitad del Mundo! 0 degrees latitude! The center of the world! 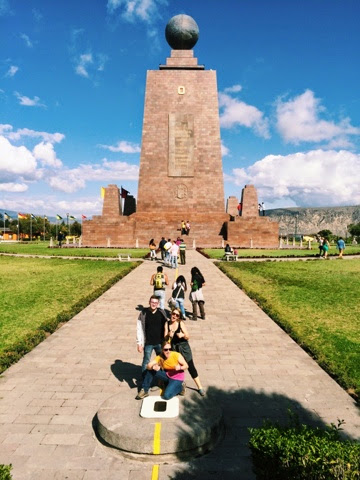 This post is already longer than anyone (even my mom) wants to read. But one more thought.. the people you meet traveling are incredible. Conversation tends to naturally skip the pleasantries that we often get stuck in, in favor of the real good stuff. We all all share the same distance from our comfort zones, and finding fun and laughter and exploring together becomes a rad way of building connections from nothing. I’ll stop from getting more sappy, but I am so grateful for the rotating cast of mis amigos nuevos here. 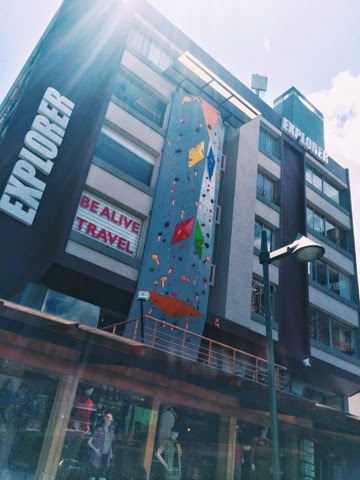 Be Alive- Travel. On a climbing wall! 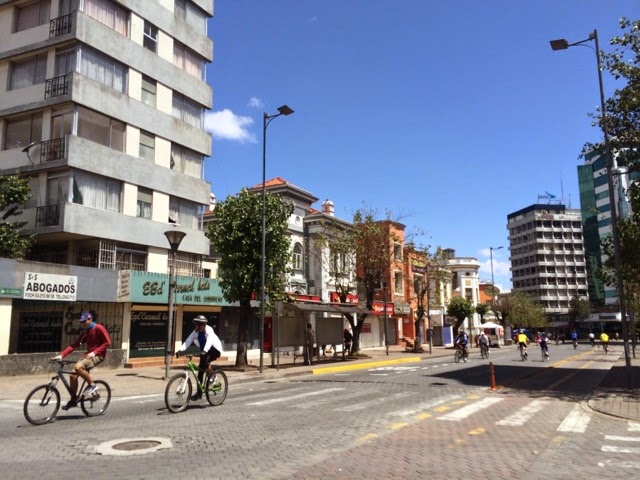 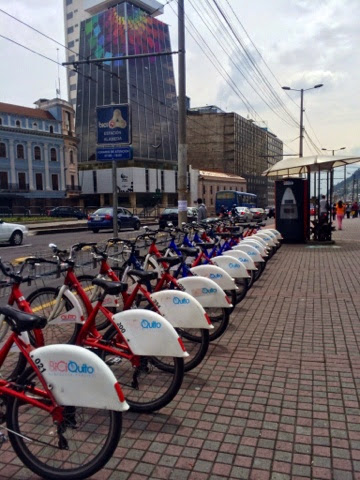 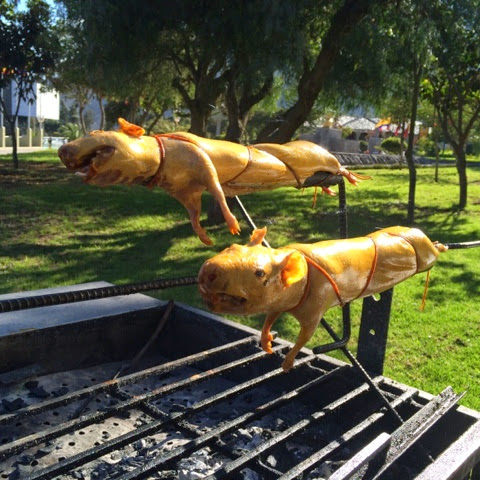 Roasted guinea pigs. I did not eat these (yet).

THIS PART IS PURELY OPTIONAL READING (UNLIKE THE REST):
I started off my flight from Houston to Quito tipsy off the free wine at the United VIP Club lounge. Probably the first and last time in my life I’ll ever be in one of those- a gift perk from opening a United Visa.
The United Club was a very fancy place that smells of rich mahogany and has a lot more laptops than smiles. There are tables with shrink wrapped apples and all the Tillamook cheese you can eat. The place was three stories tall and full of people who pay more than my monthly rent for a few extra inches of legroom. I had coffee with a nice Argentinian gentleman who was a real-life oil baron for a major company. When I asked what he did, exactly, he smiled and said, “I take care of Latin America.”   “All of it?” I asked. “Yes, all of Latin America.” Then he reminisced about traveling in his twenties and riding a cargo ship to go train around Europe in the 1970s before leaving to catch his fight.
Meanwhile, my family is all jokingly texting me, “FIND A SUGAR DADDY COLLEEN!” But alas, the crowd was more of a stiletto than ‘hiking-boots-that-still-smell-like-Nepali-donkey-shit’ crowd. I did have the even better fortune of meeting Dian, who was as enthusiastic as taking advantage of the open bar as I was. 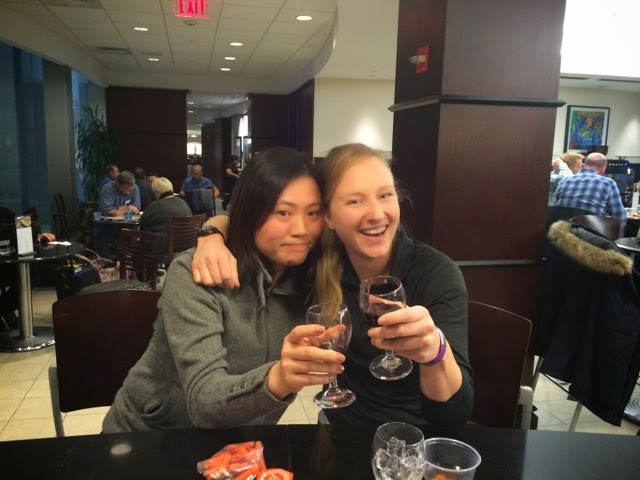 Dian: “Can you take our picture?!?”
Bartender: “Don’t you two like, not even know each other?”
Colleen: “What are you talking about? We go way back, to like, three drinks ago.”
Pro Travel Tip: According to Dian, you can buy these United Club passes for $10-$15 on eBay. Just in case you want to go sugar-daddy hunting and eat a lot of cheese.