Skip to content
Date: November 16, 2014Author: Colleen Sinsky 0 Comments
It hasn’t been long since my last post, but it feels like a lot has happened in that time.  I’ve gotten to learn some useful phrases in Nepali like “My wallet has been stolen.” and “Can you test my urine for a UTI?”  I’ve spent some time volunteering at an amazing small orphanage here in Pokhara, made some new friends, and experienced the days of groggy pain that happen when the aforementioned UTI turns into a minor kidney infection.
Actually that last part should be written in present tense.  I am currently in bed experiencing the heavy, nauseating pain of a kidney infection that ebbs and flows, sometimes attacking my lower back and sometimes my lower abdomen.  I don’t want to complain here, but it kind of sucks.  I should have put it together a few days earlier, that sharp lower back pain + unabated internal infection + general malaise = kidney issue.  But it took a fever and a new kind of pain to finally convince me to take the $1.50 taxi to the hospital a few evenings ago.
When you picture a hospital in Nepal it’s probably something along the lines of Mother Theresa of Calcutta tending to the dying on a throbbing, overcrowded porch of a humid, understaffed old building.  I did visit a few hospitals that were somewhat closer to that image, but with the arrival of foreign tourists and their dollars to Pokhara, the small private hospital I visited was closer to what I’d expect to find in the States.  CIWEC’s building is brand-spankin’ new.  They only opened a few months ago, and it’s the cleanest and most professional space I’ve seen in this country.  So sterile feeling, in fact, that a few weeks ago I opted to get the Typhoid vaccine injection that I’d neglected to do back at home.  The front desk staff of Nepali women, dressed in impeccable Western style clothes asked me in crisp English to fill out a clipboard’s worth of the expected forms.  They don’t deal directly with insurance, and payment, by VISA or cash, is due immediately.  A consult with a doctor costs around $70, with additional fees for medication and tests.  A few other foreigners, coughing or on crutches, sat around on the black leather couches and we all took advantage of the free wifi to distract ourselves with our iPhones and avoid eye contact.
I had a quick consult with a Nepali nurse who took my history, reported a fever but otherwise good vitals and offered me tea while I waited for the doctor.  I’ve heard that without much else to go by, patients generally judge doctors mostly on their bedside manner.  I thought that the chatty and professional local doctor I saw was great.  Aside from the fact that he was wearing sandals, it was easy to forget how far away I was from the safety of The West and our billions of dollars in the medical field.  He repeated the urine test I’d had done a week ago at a sketchy alleyway pharmacy and confirmed that my bladder was indeed unhappy and that my Cipro regimen hadn’t helped.  An American doctor, Robbie, joined the conversation.  He’d gone to med school at the same school where my dad did his residency and retained the comforting lilts of a Midwestern accent.  He’d fallen in love with Nepal doing Peace Corps here and had landed back in the country a few years ago with his wife, also a doctor and their kids.  Dr. Robbie asked me an unexpected question; “Do you feel sick?” and I gave a big, relieved, ‘Yes!’ near tears now because everything hurt and I felt awful and wanted to vomit and curl up but I didn’t have the words to describe any of that.  He tapped the spot on my lower back where I’d wrongly assumed I had just a muscle ache, and everything suddenly contorted in pain and my breath got caught in my throat.  Yup- kidney.  But not bad yet.  I am fortunate that I was so close to a great hospital, decided to go in when I did and, mostly, that I could afford the $106 that the tests, antibiotics and consult costs.  They sent me home with a worried Max in a taxi, some different antibiotics, anti-nausea medicine, Valium to sleep, and my promise that I’d return to their 24 hour emergency room if I got any worse.  Since then I’ve been oscillating between feeling feverish, groggy, nauseated, perfectly fine and utterly exhausted.  The antibiotics went to work immediately and I think I’ll be back to myself tomorrow.  That’s the kidney infection news.  I’m happy with how un-dramatic that story was, and that to the degree that I’m experiencing it, that “kidney infection” is a lot less exciting than it sounds. 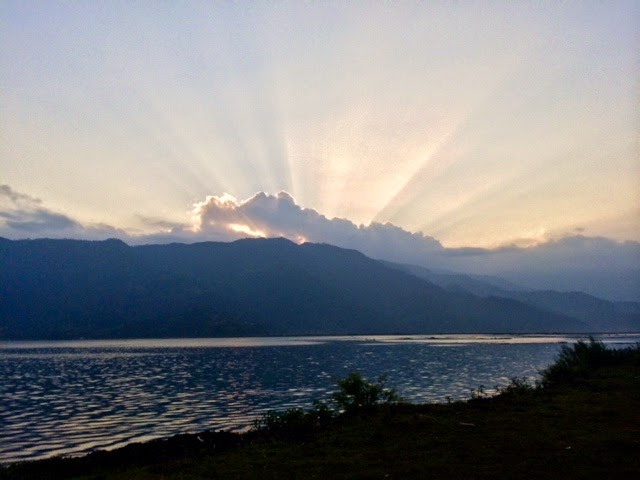 Before I got sick, Vince’s friend and coworker in Kathmandu, Rose, put me in touch with the children’s home; “Sam’s House,” on the outskirts of Pokhara, where she volunteered and lived for five months last year.  Before arriving in Nepal, I was vaguely aware of the exploitation and deceit that goes on with many orphanages.  Being here, though, I’ve seen many examples of how children and ‘voluntourists’ are exploited in a black market-esque grab for tourist dollars.  It’s complicated and I know little about it, other than to steer very clear of about 90% of orphanages in Nepal.  But fortunately, through Rose’s connection and getting to know the directors, both Nepali and American, of Sam’s House, I’m thrilled to have discovered that this one is moral, loving and respectful of both kids and volunteers. 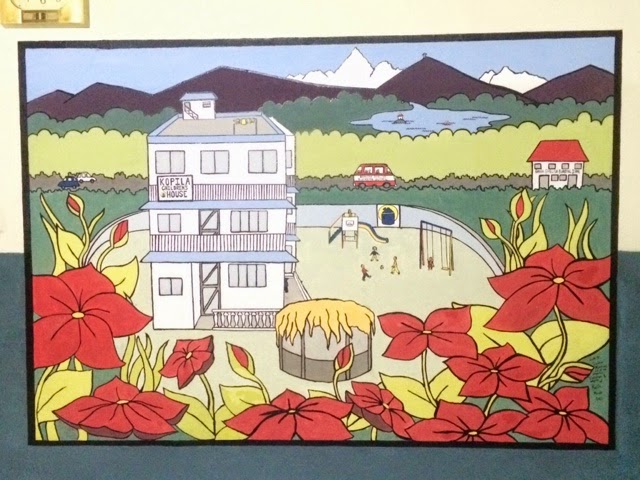 I’d been hoping to spend more time at Sam’s House, but with my brewing infection and my time in Nepal coming shockingly close to an end, I haven’t been able to dedicate the time I would have hoped to.  I’ve learned though, that putting my dollars towards a solid organization will have a more meaningful impact than my short-term volunteering could.  I’ve thought back to JOIN, and how I didn’t know the first thing about homelessess or who was who in the first month of working there.  By comparison, it seems hugely arrogant to assume that I can effect any change in such a short amount of time here.  With the exceptions of having value as a native English speaker and of being open to the immersive cultural experience that traveling offers; I’m pessimistic about a short term gig offering more to a community than just being a good experience for the volunteer.  Anyways.  I’ll get off my soapbox. 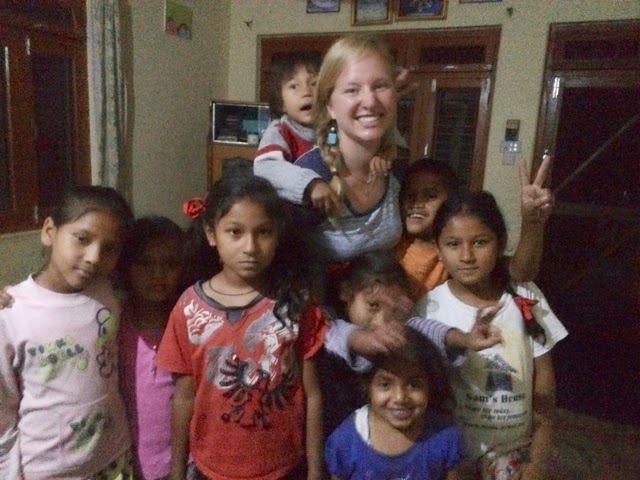 Getting to hang out with the 22 kids at Sam’s House was amazing.  I didn’t blame them the first two days for being cautiously friendly towards the latest “ghora”, but announcing that Rose was ”mero saati’‘ (my friend) gave me major street cred. It wasn’t long before they were battling for my attention, the youngest one, 3 year old Siistaa, on my lap and a rotating cast on either side, proudly showing off their English homework, trying to teach me Nepali words for animals, or asking about nightmarish fractions.  I’ve never been to an orphanage before (Do we still have them in the US?) and didn’t know what to expect, or how depressed I’d be afterwards.  Turns out that what struck me wasn’t what these kids lacked, but what the house provided.  I noticed little things, like the house organizer, Shiva, smiling quietly and genuinely to himself when ‘the battalion’ of kids came through the front gate together, singing and dancing around in their school uniforms.  And how proudly the kids showed off their academic awards, displayed around the house, and confided in me that their hopes to become a doctor, a driver, or a NASA physicist.  Or how a five year old, wearing glasses and red ribbons in her braids, noticed one of the three ‘house mommies’ sitting alone in the gazebo and confidently skipped over to crawl onto her lap for a long, smiling, rocking hug.  I know that I only saw the smallest sliver of daily life at Sam’s House, but I was deeply moved by how familial, comfortable and joyful the house was.  It felt good to be there, absorbed in the chatter and clatter and smells of a central kitchen.  I’m hoping I’ll be up for going back again soon.  (Side note: If you happen to be considering an awesome volunteer opportunity that lasts more than a month and is in a beautiful and safe area, email me.)
I’m donating half the money from my CrowdFunding campaign I did to Sam’s House, http://www.sams-house.org/who receive no support from the Nepali government and cover all of the children’s medical, educational and living expenses.
The other half of the funds I plan to donate to a small organization an American nurse here formed to conduct diabetes testing and education to the villages of Nepal. http://buckettsoflove.org/ Diabetes is a large and often undiagnosed problem in Nepal.  With a diet high in carbohydrates (rice, potatoes) and a population drifting away from a more traditional and active lifestyle, a large number of Nepalis will die of complications from diabetes without ever having heard of the disease.  I was supposed to have spent the day today out at a village clinic, helping conduct the diabetes screenings, but, major bummer, spent most of the day in bed instead.
Oh yeah, I guess I could have lost a day to stressing about my lost/stolen wallet, but once I knew it was gone it was a sunk cost and not worth the stress.  Losing a small amount of cash is an inevitable part of traveling, and planning ahead, like carrying a backup card and the phone number to cancel the lost one, made the whole thing remarkably stress-free.  It was a cute wallet though.  But in the words of the great Dr. Jerome Sinsky (who likely plagiarized it from someone else), “The more you own, the more it owns you.” 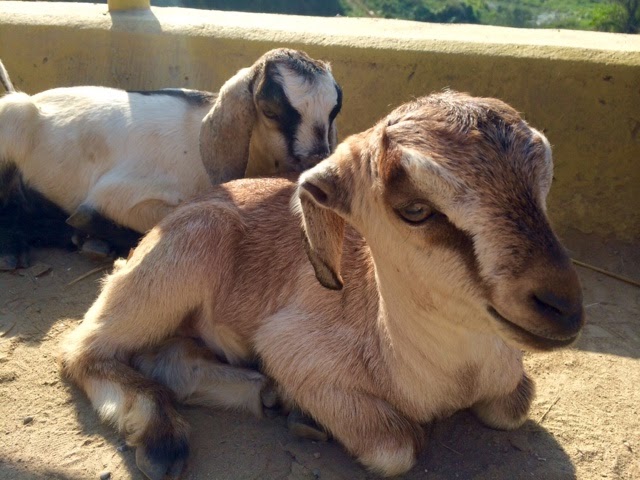 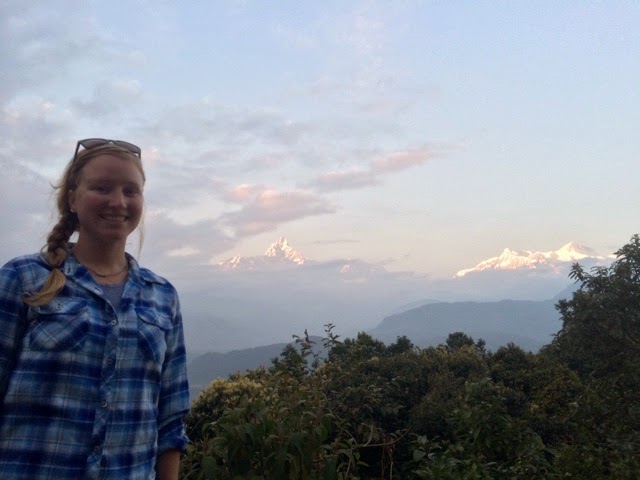