So I didn’t go to the Khumbu/Everest region for the planned Sherpa Critical Incident Debriefing portion of my trip.  As I mentioned before, I’d hurt my knee during a rough Jeep ride and overuse during our trek.  The physical therapist I saw (thanks again Matt!) said that I have “patellofemoral syndrome” if you’re keeping track.  It’s very common and with physical therapy, supportive tape, and minimizing activity, will eventually heal itself.  Huge relief, because I was naturally going into Worst Case Scenario Mode imagining grinding bones and early arthritis.  It’s painful, but less bad than I’d thought- of course.

I’m bummed about not being able to do one of the major goals of my Nepal trip, and going to the Everest area has been a goal of mine.  What’s keeping me from being completely bummed out is feeling a mix of emotions about the purpose of that trip that I’m choosing to not blog about.  I’ll be saving a lot of money in not doing it and am now looking independently at plugging in somewhere where I can be effective in a different part of Nepal.  That update will happen soon but right now it’s looking like I’ll be spending the next 35 days or so volunteering at a small orphanage here in Pokhara.  I’m generally skeptical about voluntourism type opportunities in developing countries and I know that exploiting children is sadly common.  This opportunity though, is coming through an American friend who lives here in Nepal and spent 5 months volunteering at Sam’s House.  We’ll see.  If that falls through I have a few other options…the common theme in which is a desire to be more engaged in the culture and less of a tourist skimming the surface of Nepal. 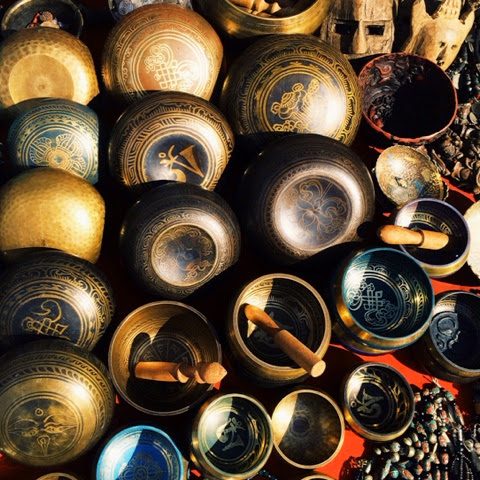 Since my last post, I traveled back to Kathmandu for a few days to meet with the Critical Incident Debrief volunteer team from the Mazamas of Portland.  It was great to see everyone so far from the context where I’ve known them before.  We spent a day meeting with Sherpas who had lost family members in April’s avalanche and facilitated a debrief/grief support gathering.  It was heartbreaking to hear the intimate details from the family members whose husbands, brothers and sons had been killed on Mt Everest that day.  While the details aren’t for blogging, it gave me an opportunity to contrast their motivations for being on the mountain compared to Westerners’.  In my last post, I worried about whether it was selfish of me to put myself at some level of risk by choosing to recreate out here.  Sherpa climbers on the other hand, have chosen (or really- been economically forced) to put themselves at risk on the same mountains that we play on because no other options exist for their family.  My Sherpa friend back in Portland, whose father was a great high-alititude guide said “My dad climbed so I don’t have to.”
Again, while I’m not attempting some 8,000+ meter peak, the role that privilege plays in my recreation opportunities and ability to choose risk is difficult to ignore. 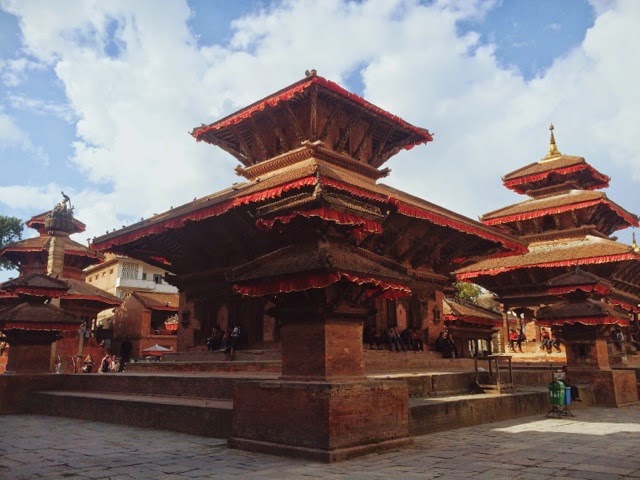 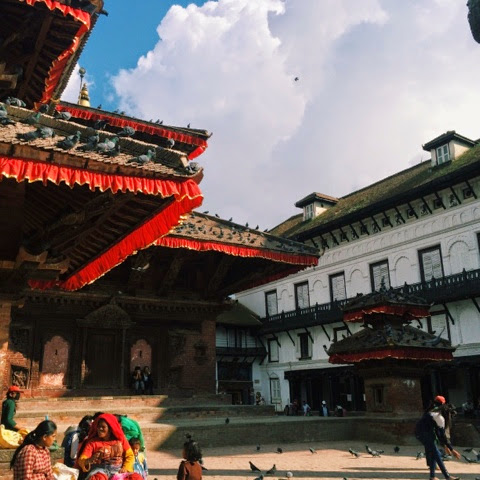 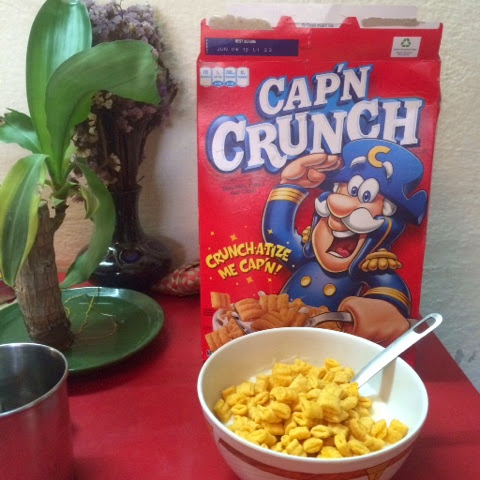 (Remember when I said I was craving Cap’n Crunch? Drew, my new best friend brought me a whole box all the way from the USA!!!  It was amazing.  Thanks Drew!)
Several hours on a bus later, I’m back in Pokhara, a place that is quickly beginning to feel like home.  When I left last week, thinking it was for good, my Nepali didi (big sister) and I shared a tearful goodbye in the street during festival.  Being able to return here has made me grateful for her family’s consistently welcoming presence and generosity of sharing meals with us.  Last night we had dal bhat with Monn (my didi’s brother) and his family.  He, his wife, and three kids share a room with two twin beds and a basic kitchen in the other half.  Dinner tastes better than any restaurant and we laugh and chat with what little vocabulary we share. 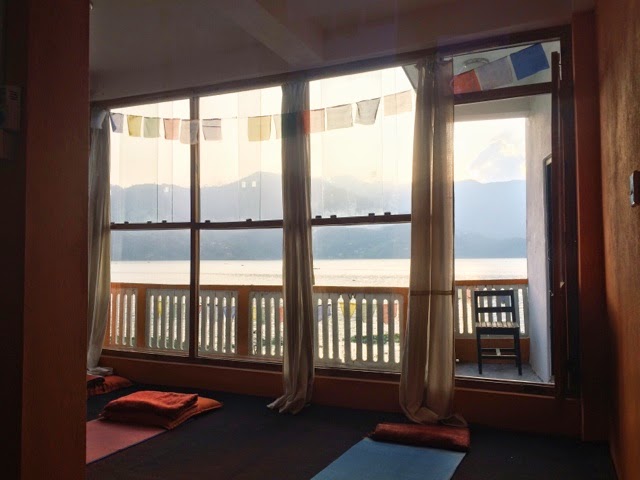 (Physical therapist told me to do yoga, so I did. Lakeside at sunset.)

Yesterday a few of us rented scooters to explore the area around Pokhara.  Once we made it through the smoggy, crowded city streets, our trio switchbacked up a local hill to a gorgeous sunset view of the valley and lake.  I was surprised to scoot through a small farming village of terraced rice paddies and water buffalo that felt relatively quaint and untouched-feeling, considering it was perched on a hill above such a major tourist destination. 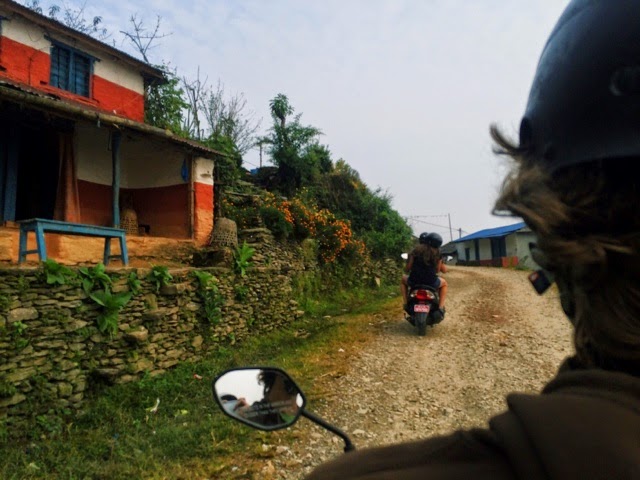 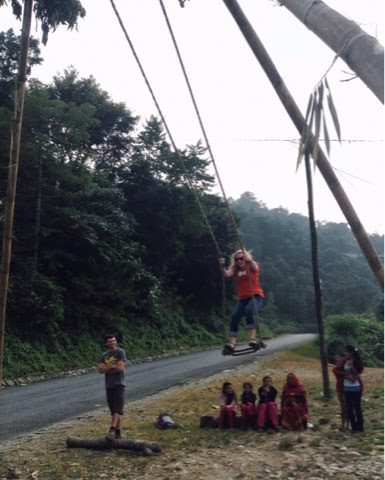 (Some kids let me try their Dasain swing.) 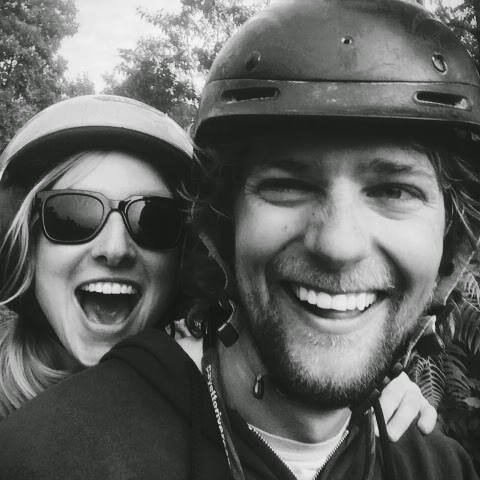 2 thoughts on “Back in Pokhara”