Skip to content
Date: September 19, 2014Author: Colleen Sinsky 3 Comments
In the past few weeks I’ve become increasingly aware that I’m severely jealous of people who get to use uprooting/extended international travel as a form of escapism.  I haven’t read Wild but it sounds like Cheryl Strayed had some specifically shitty things going on in her life that merited ditching it.  I am so incredibly lucky to not have that kind of push, but it does make for a really tough emotional challenge to leave behind a life that has been comfortable, challenging, fulfilling and full of love.  I’m being overly dramatic about leaving.  Most likely I’ll be back in Portland in less than a year to start a Masters in Social Work at Portland State.  But the logical part of my brain that knows I’m embarking on an awesome, temporary adventure is overrun by the panicky, terror-stricken and sad part of me that doesn’t like leaving the constant connection of my cell phone data plan or the security of a paycheck, car and locked door.  Those fears don’t even come close to having to say goodbye to the amazing communities I get to be part of in Portland, the people I love or perhaps could have loved, a job I adored and my fantastic family.  As chatty/bloggy as I am, words sort of fail me.  My BFF Katie joked that they should have made me a T-shirt for my drive down from Portland that said “CAUTION: May Burst Into Tears At Any Moment.”  It’s been so embarrassingly true 🙂 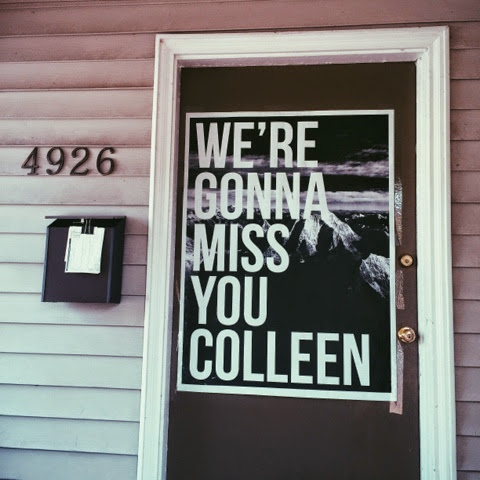 “How lucky am I to have something that makes saying goodbye so hard.”
-Winnie the Pooh
The recap of leaving Portland:
Last day at JOIN coincided with our annual camping trip, which involved guitar and whiskey around the campfire until way too late and was a great reminder of how awesome the people I’ve gotten to work with are.  Symbolic passing on of my cell phone and list of “folks” to my replacement, Amber, was bittersweet but I’m feeling good about the transition.
My goodbye party was a lovely blend of dozens of people who have turned Portland into my home.  There was a keg of Basecamp beer, amazing food by Katie Mays, Daniel, Carolyn & Liz an others, cornhole, and fortunately, very little photographic evidence of the night.
Packing was a fustercluck.  Has any packing experience in history ever not been a fustercluck though?  My stuff was distributed to homeowner friends (thanks Quinn and Chris!) and my poor little car was stuffed to the brim.  Very different experience from when I first drove up to Oregon and everything I owned fit in the trunk.  I’m a good accumulator!
Saying goodbye to Alberta House was, as expected, a sobby experience.  Roommate Brian waved bye from the sidewalk while I drove away sniffling…towards a burrito date with Hal a few exits south which totally saved me.  It wasn’t until 7pm that I put thought into where I’d spend the night and fortunately got dorm space at a lovely hostel in Ashland- one of my favorite cities.  (Check out The Ashland Commons if you find yourself in town.)  We stayed up too late talking politics and drinking hard cider and I could begin to feel my sadness of leaving already starting to lift.  The next morning Erik and I walked to the Ashland Coop (go there!) for local organic expensive breakfast and I hit the road again, fair-trade coffee in hand.
Right on the border of Oregon and California I got news that a letter from the DMV had arrived, informing me that my registration had been suspended because I’m a terribly irresponsible car-owner and had neglected to renew anything.  I spent half an hour literally waffling on the border, feeling like a dual citizen, debating which state to register in.  I went with California- not for any great reason, but I enjoyed knowing that my car full o’ crap wouldn’t be impounded on my journey.
Several hours of The Moth, This American Life, TED Talks, and The Dirtbag Diaries later, I was in the Bay Area.  Highlights from the drive include the massive wildfire that shut down I-5 for a while (without affecting me) but the 9 year old boy in me was super excited about scenes like this. 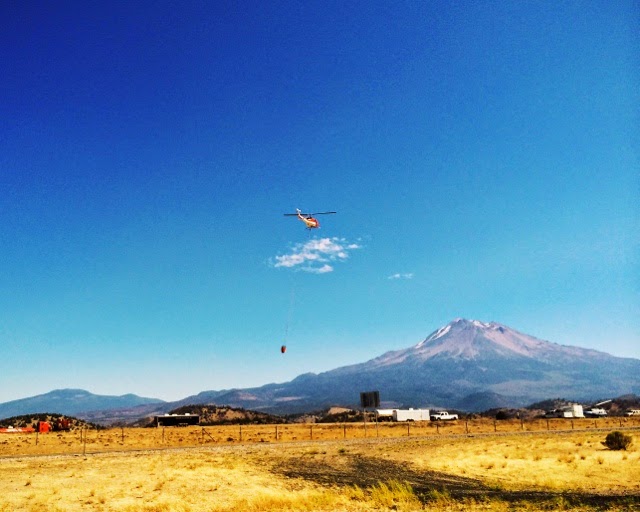 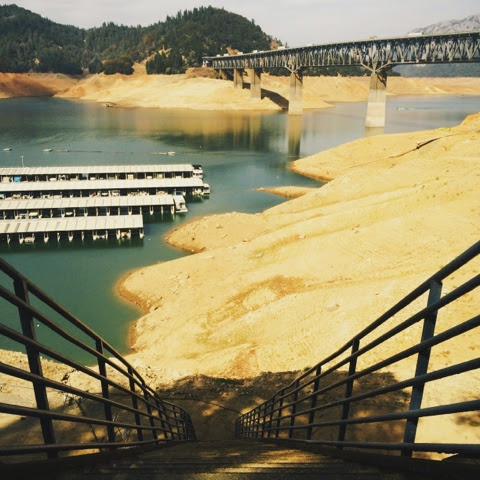 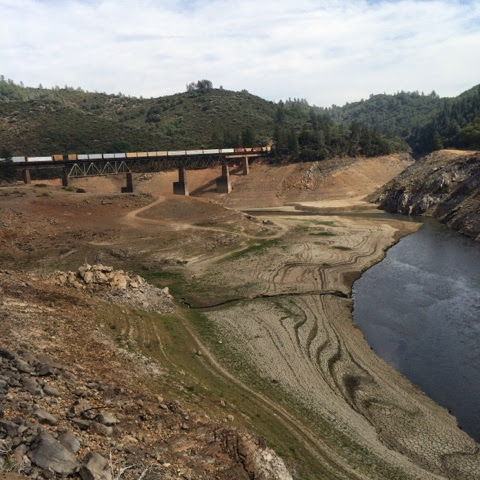 I wish I’d allowed more time for the drive down- every exit looked worth exploring.  But I was so happy to show up at Francesca’s sweet hotel in Pleasanton, where I felt really out of place with my mountain bike, backpack and Chacos among business suits and traveling execs. 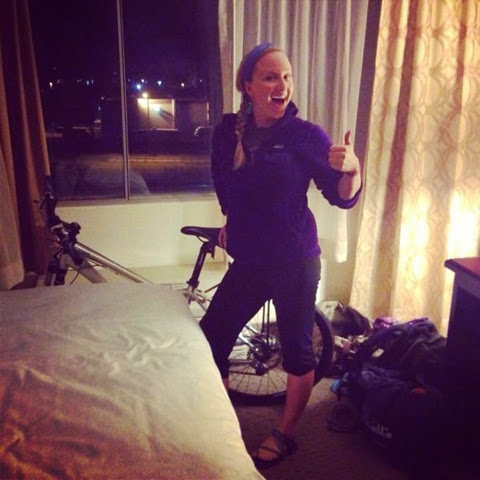 Francesca and I caught up over sushi and a bottle of wine in our PJs.  I love that woman.  The ginormous consulting firm Accenture was kind enough to pay for my breakfast the next morning which was just so sweet of them. 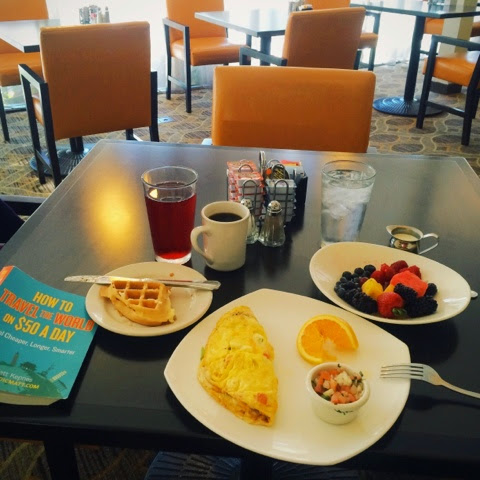 I aimed south again, hit cruise control and sang along to Les Miserable and alternated crying and laughing at podcasts.  Have I mentioned that I love driving alone?  Yeah, I go a little crazy and have way too much time alone in my head, but I still wasn’t sick of driving even after day 3. 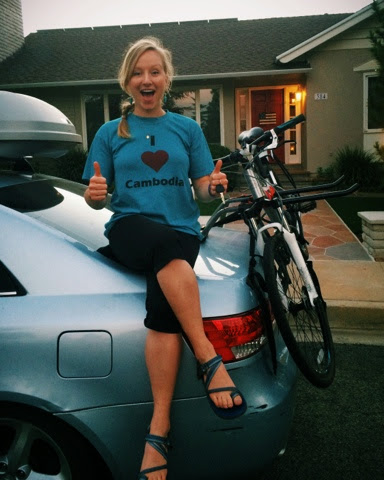 Being home is so good.  So good.  I absolutely love hanging out with my family, and we’ve got two dogs (Bella and Murphy) and a creatively named cat (Kitty), who are always happily underfoot. 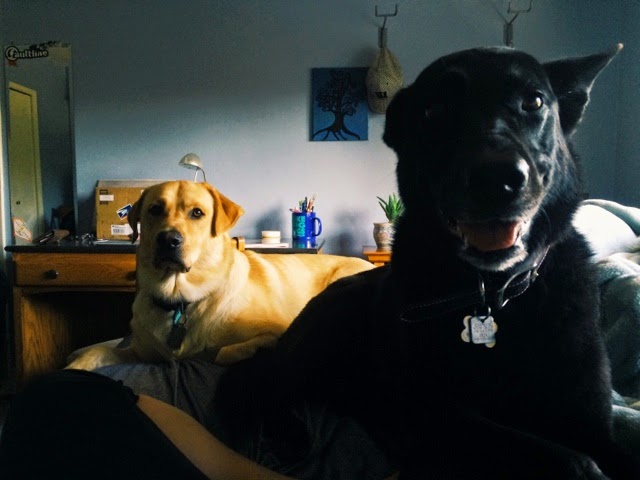 I’ve been eating well and my stuff has exploded to cover two different rooms.  Whoops. 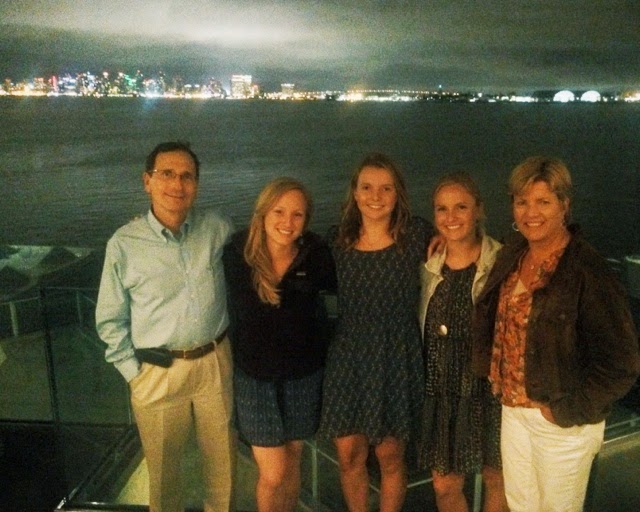 I’m not ready to leave in less than 24 hours.  Not done with my to-do lists (travelers insurance? suspending car insurance?) or packing, and definitely not emotionally ready to take off.  Logically I know it’ll be good once I’m there, but it’s hard to get my scared brain to stretch in that way right now.  I don’t think I’m actually internalizing that I’m taking off tomorrow.  Weird. 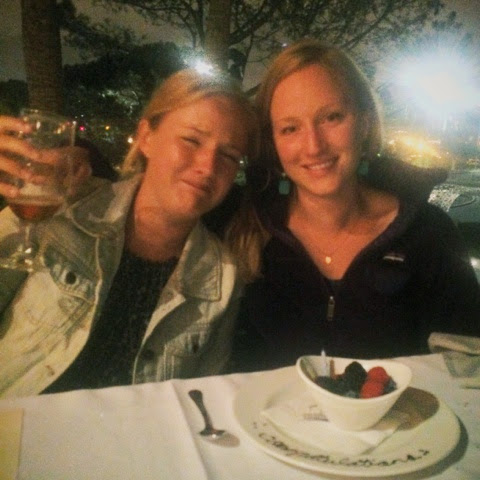 It’ll work out though.  Today is the anniversary of my good friend Eunjey Cho being killed by a woman driving under the influence in Colorado.  Eunjey was on an epic bike journey from Spokane, WA home to Princeton, NJ and I continue to be inspired by his example of embracing the unknown and saying YES to adventures.  Eunjey is a huge motivator behind me doing this trip, and his life and death will likely be a theme throughout my journey. 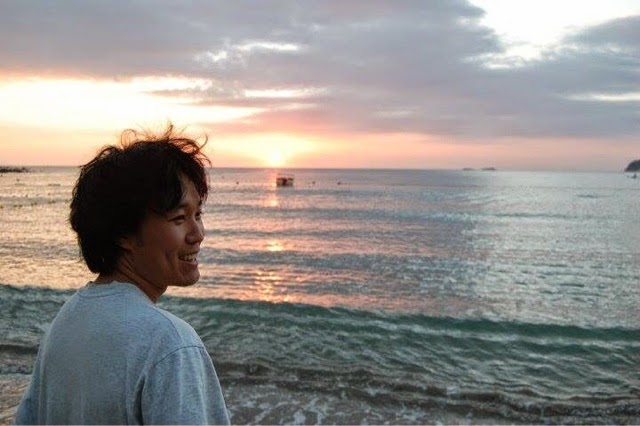