That’s the very rough draft for my upcoming adventure.  Until recently those places sounded as exotic and unreachable as Saturn.  Adjusting to the realization that I’m going to actually be in those places has been huge for me!  Here’s a brief overview of my ridiculous outline for the next several months, set to begin with a flight to Kathmandu on Sept 18th.

In Nepal, I’ll be going on an 18 day trek with my good friend Vince Gianotti, who’s been teaching in Kathmandu for a few years.  We’re aiming hopefully at the restricted Dolpo region in the remote northern part of Nepal.  (Is this real life!?)

Afterwards, I’ll be joining with the Mazamas’ Critical Incident Stress Management team to work with the Sherpa communities.  Following the devastating avalanche on Everest in April that killed 16 Sherpas, we were contacted by internationally recognized climber Conrad Anker who requested CISM support and training for the Sherpa community.  Partnering with the Alex Lowe Foundation, Lhakpa Gelu Foundation, and local guides, our team is planning to spend a month traveling from village to village providing training and support in critical incident debriefing.  We don’t know many details about this yet, but I’m hopeful that we can provide free training that will hopefully benefit the community.

My timeline from there is hazy, but I am hoping afterwards to volunteer or trek in Nepal, or potentially visit a Bhutanese friend in Bhutan.  I’ll be home with family for Christmas and to apply to grad school, likely while working some crappy job.

For the new year, I’ll repack  my backpack and fly down to Cuenca, Ecuador, where I plan to spend the month of January in the mountains doing an intensive Spanish immersion and tutoring English to keep costs down.  In early February I’ll hopefully meet up with some Portland friends who are going to be in southern Chile to do those iconic treks (!).

Last on my list of plans is to volunteer to help build the Patagonia National Park.  Really.  I was selected to be part of a small crew of half-Chileans and half-North Americans to spend a few weeks in the backcountry doing invasive species removal, trail building, fence removal, etc.  If you’ve seen the movie “180 Degrees South” on Netflix- this is it!  Here’s info on the volunteer program.  I’m pretty shocked that I was accepted, given my lack of background in conservation and Spanish ability.  It’ll be intense but great.

My pseudo-plans end in early March.  At the moment, that is intentional because I imagine that I will have changed and grown a lot as a human by then.  I can’t predict what I’ll want, what I’ll need or who I’ll have met at that stage.  Leaving the future open ended is both freeing and terrifying.  I’m sure I’ll be beyond broke at that point so it’s likely that I’ll either come crawling back to my parents’ basement or, ideally will work for a local nonprofit for a while.  I might start a Masters in Social Work program in Fall of 2015, but I don’t know.

Given how straightforward my life’s trajectory has been until now, this all feels very drastic and new.  I’m incredibly excited of course, but that is tempered by how tough it’s going to be to leave Portland (see earlier blog post), and feeling guilt around the privilege of getting to do this in the first place.

I’m not one for short term “voluntourism” but I also know that I’m not interested in doing a trip like this that’s just centered around hiking and drinking in hostels.  The volunteer programs that presented themselves in Nepal and Patagonia are once-in-a-lifetime opportunities that I feel have a specific focus, are well-thought out and don’t misdirect resources from the local population.  I’ve tried to be very intentional about not just excitedly signing up for the first NGO gig that offers good photo-ops.  Everything is falling into place surprisingly well that I can build a long-term trip around two major volunteer programs in different parts of the world, and then hopefully stay on to plug into a local nonprofit effectively.  Those later opportunities will have to be the type that arise organically from being in a place- not something I’d be able to research and plan around now.

I’ve never asked for money, and doing so after voluntarily quitting my job feels especially bizarre.  But here’s the link to this crowdfunding campaign I just set up, trying to offset some of the costs I’m accruing while blowing my savings on this adventure.  My friends have convinced me that I’ve accrued enough karma doing what I do in the past four years that it’s worth asking the universe for some help in this next stage of my life.

More important than financial support, I know that I’m going to be lonely and have moments of crushing self-doubt when I’m on this trip.  Your emails & comments mean more to me than I can convey.  Also, if you’ve been to any of these places and have suggestions, send them my way!  I’d also be very appreciative of being put in touch with any friendly faces you know in the countries I’ll be visiting. 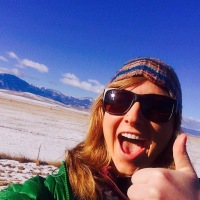 I promise that future blog posts will be less list-ey and more story.  Thanks so much for reading.  I’m only able to launch off like this because I know what a wonderful and supportive community I have.  Between now and Sept 18th I am working through endless to-do lists in preparing to uproot my life.  I would love to see each of you before I go.  Let’s make it happen!